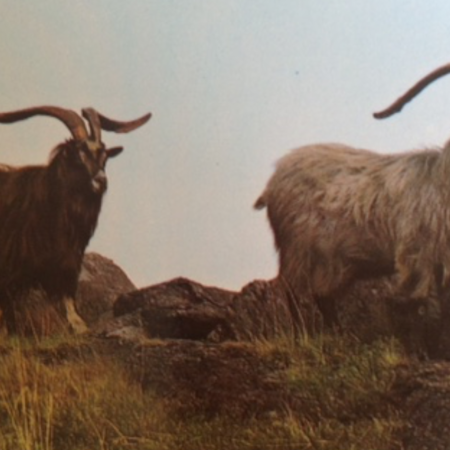 Exhibition Launch: A History of the Receding Horizon

Exhibition Launch: A History of the Receding Horizon

Past time is finite, future time is infinite

A History Of The Receding Horizon is a digital film installation, exploring different concepts of time within the landscape. Although based upon an actual site and research into the site, it is an abstract film that weaves past, present and future time and histories, within spaces above and below the horizon.

A History Of The Receding Horizon is inspired by Kielder in Northumberland. Kielder has the clearest skies in the UK and houses the Kielder Observatory. It also is home to the largest manmade lake in the UK, which is surrounded by Europe’s largest manmade woodland. The film follows astronomers in their hill top observatory as they look upwards into the vast expanses of space measuring light. Further down the hillside below the observatory is Kielder Water a flooded valley a manmade reservoir and an environmental historian looking into the water, searching for the areas drowned past.

A History Of The Receding Horizon has been funded by Arts Council England, and Crowd funded through Ideastap. It is supported by Kielder Water and Forest Park and Kielder Observatory.

Kathleen Herbert is interested in site, history and social politics. Often using the medium of documentary and performance to question and engage with spaces. She uses obscure historical footnotes to be the starting point through which she explores hidden narratives that blur boundaries between fact and fiction, and investigate ideas around superstition, rituals and histories. In 2007 she produced Stable, in which she filmed a performance of three horses roaming free one night around Gloucester Cathedral. Stable has been exhibited widely including MOBIA New York, Hå gamle prestegard, Norway, North Dekota Museum of Art, USA, Danielle Arnaud, London and has been touring around the UK in 2014-15 as part of Film and Video Umbrella ‘s ‘A Light Shines In The Darkness’ exhibition. Kathleen has been awarded commissions outside of the gallery context with the Southbank Centre, Royal Opera house, National Trust, First Site, Picture This and Situations. She has exhibited within contemporary art galleries both nationally and internationally including Firstsite, Colchester, Millennium Gallery, Sheffield, Norwich Castle Museum and Art Gallery and her practice has also been featured in various publications including Time Out, Sunday Times Culture Magazine, Artist Newsletter and recently ‘”The Soul of Material”: Ernesto Neto, Do Ho Suh and Kathleen Herbert Considered’, in Rina Arya (ed), Contemplations of the Spiritual in Contemporary Art.