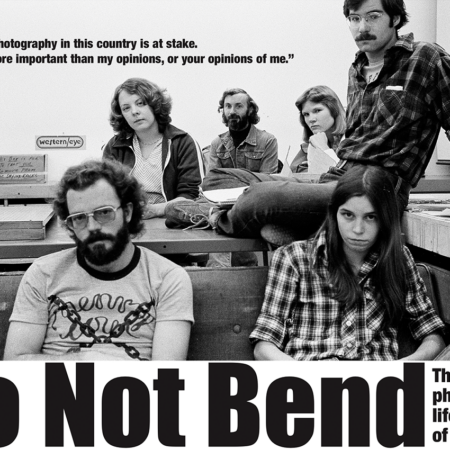 Do Not Bend: The Photographic Life of Bill Jay

Do Not Bend: The Photographic Life of Bill Jay

He established the first gallery dedicated to photography in the UK with the Do Not Bend Gallery, London and he was the first Director of Photography at the Institute of Contemporary Arts (ICA) in London. Whilst there he founded and directed the Photo Study Centre.

Bill Jay went on to study at the University of New Mexico under Beaumont Newhall and Van Deren Coke in 1973 and went on to found the Photographic Studies programme at Arizona State University in 1975, where he taught photography history and criticism for the following 25 years. He was also a regular visiting lecturer on the ground-breaking Photojournalism course established by Magnum photographer David Hurn at Newport, South Wales.

Bill Jay was the author of more than twenty books on the history and criticism of photography, four books of his own photography, and roughly 400 essays, lectures and articles. His regular column titled Endnotes was published within Lenswork magazine over 54 consecutive issues. He was awarded the Institute of Contemporary Photography, New York prestigious Infinity Award in 2008.

His own photographs have been widely published, including a solo exhibition at the San Francisco Museum of Modern Art. His archive is held within the Centre of Creative Photography, Arizona State University. During his life Bill photographed over 2,000 photographers he met, including some of the greatest photographers of the past century.

Those are the facts, but Bill Jay was so much more than just the facts…

Do Not Bend: The Photographic Life of Bill Jay is a feature length documentary constructed from archival video and audio interviews of Bill Jay talking about his life and career none of which have been previously seen or heard. It therefore evidences original research in the documentation not only of his life but also his influence on British contemporary photography until the present day, in some places re-writing a history that has long gone unchallenged and documented. The film also contains still images and documentary ephemera much of which has never been seen before researched by Grant Scott and supplied by various archives, people who knew Bill and Bill’s personal archive.

Original material has been created through filmed interviews in the UK and US with the key players in both Bill’s life and photographic history over the last forty years in addition to over forty audio interviews with those who agreed to contribute to the research and film with their memories and opinions.

Although the film deals with photography and magazine publishing at its core it address’s the universal theme of chance through an exploration of the effect a seemingly inconsequential event can have on a young mind and how that event can determine, influence and shape the life that is to follow.

The film has been created without any financial support and is as such a self-funded project by Grant Scott and Tim Pellatt/C55 Films. All material included within the film has been given in good faith based on the importance of telling a history of contemporary photography that has not been told but that needs to be.