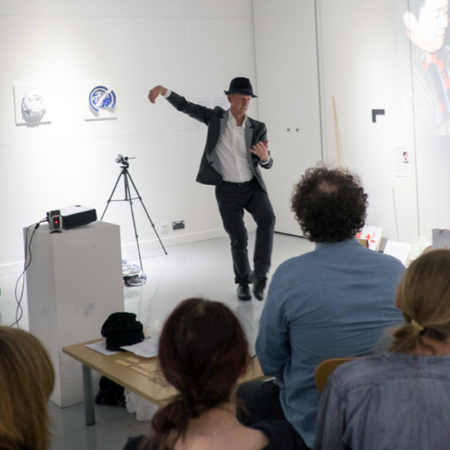 In 2009 Richard Layzell lived and worked in a designated ‘square mile’ of Shanghai for 2 months, only occasionally leaving the small unfashionable part of the city, and rarely seeing other Westerners. Through this experience he gained an in-depth understanding of contemporary Chinese culture.

WP is a multi-media installation involving video, photography, text and sculptural assemblage. In this new work Layzell reflects on his own relationship to China; the recent tragic death of one of his students, Mavis Qu, who was studying in London; and on Europe’s complex, often prejudiced, view of China.

The Chinese word for tea is ‘cha’. China became ‘china’ and was linked with a polite domesticity. Tea drinking, originally a refined aesthetic experience in the East, became everyday in the West. We think nothing of a cuppa cha in a china mug. The identity of Chinese culture in the West has been absorbed, tamed, diluted, confused and trivialised. An example is in the commonplace ‘willow pattern’ design found on crockery (the WP of the title). This is often assumed to be Chinese, but was actually invented by a British manufacturer, along with a fictitious ‘story of the willow pattern.’ And not so long ago it was common to have Chinese people as the butt of jokes and insults.

In this exhibition Layzell investigates and challenges these preconceptions.

Richard Layzell is a London-based artist who works in installation, video and performance internationally. He pioneered a series of innovative artist residencies in industry, defining the role of the ‘visionaire’. He is the author of Enhanced Performance and Cream Pagesand is an artist/researcher with ResCen at Middlesex University. He is currently the lead artist for the innovative King’s Lynn ‘Aspire’ project. He has been commissioned by Tate Britain, Ikon Gallery, Serpentine Gallery, Whitechapel Gallery, and Firstsite.