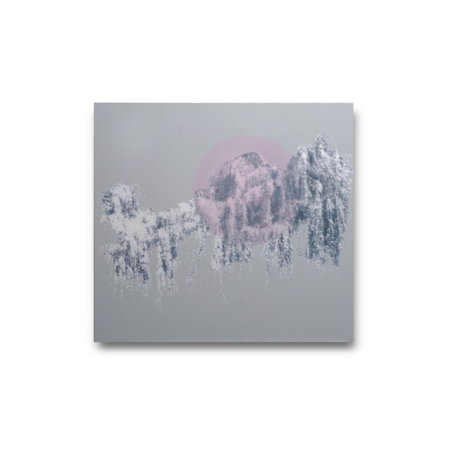 “the photograph of the missing being will touch me like the delayed rays of a star” Roland Barthes, Camera Lucida

The work in this show draws from a single photo of my mother in her garden in the 1970s. It is an  unremarkable photograph among the many 100s I went through after her recent death. Unable to articulate what it was about this hitherto unseen picture, its discovery nonetheless struck me with what Walter Benjamin described as “the posthumous shock”, an extraordinary affirmation of her presence.  This arrangement of pigment on paper, this chemical reaction activated all those years ago felt like the light from a distant star – reaching me only now!

The show is a journey into that photograph, a forensic search to uncover what is beyond reach, to ask how little of the image needs to be apparent to derive meaning and its bearing on notions of time and identity.  Like the process of memory, this excavation of the image yields up a host of enigmatic fragments and traces to be assembled, reassembled and reimagined, in an effort to conjure up the elusive whole.