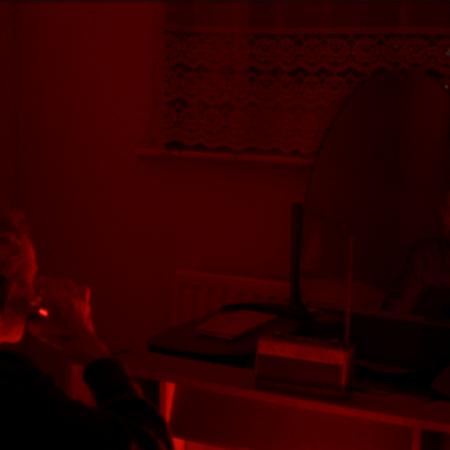 Revising History is a two-part programme comprising three exhibitions of new moving image work by Richard Billingham, Kathleen Herbert and Anna Bunting-Branch at Hardwick Gallery, and a one-day symposium of screenings and discussion with the artists and invited speakers at the University of Gloucestershire, and panel discussion at The Wilson Art Gallery & Museum.

Ray examines a static situation. It is a biographical film, derived from Richard Billingham’s experience of living with his father, Ray, at a critical time in Ray’s life. The film attempts to get beyond memory, to the thoughts and emotions that underpin memory.

Richard Billingham was the first recipient of the Deutsche Börse Photography Prize in 1997 and was nominated for the Turner Prize, 2001. His work is held in many international public collections such as the San Francisco Museum of Modern Art, The Metropolitan Museum, New York, Tate and the V&A, London. He holds professorships at The University of Gloucestershire and Middlesex University.