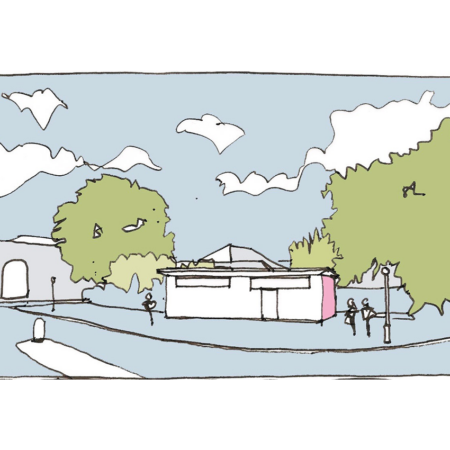 Cultural Dreaming: the role of the gallery in social activism

Cultural Dreaming: the role of the gallery in social activism

On the eve of the election we might well find ourselves considering the relationship between the citizen and the State: our participation in political structures, the nature of our responsibilities to each other, even what we mean by the representation of the people. Will our views be represented? Who may go unrepresented? And what kind of future will we be making, collectively? What kind of society are we dreaming of? What kinds of spectres are haunting our futures?

Already these questions suggest an ethical urgency. These are not questions that we necessarily see addressed in the market-driven arena where much contemporary art plays out: but this is not a new dilemma, nor of course is the debate about the role of art a new one. But the proliferation of socially engaged art practices and the considerable critical literature which has accumulated in recent years around them – the debates and the discussions, conferences and publications – all suggest that something has emerged that is redefining, or expanding, what art practice might be: what it produces, what it makes visible.

The vitality and diversity of terminology is revealing. These are contested zones, refusing to sit comfortably in existing art-historical categories. Social engagement, new public art, social practice; collaborative, participatory, activist, dialogical – to name but a few terms. We may hear echoes of the political practices of the past, artists such as Joseph Beuys, or the activities of the Situationists. Or older Modernist calls for the collapse of divisions between Art and Life, not just Art and Politics. If so, then is the ‘social turn’ described by Claire Bishop a decade ago, or Bourriaud’s ‘relational aesthetics’ almost a decade earlier, actually a re-turn? Or are there new issues at stake? Do the squabbles over art-world terminology, ethics and aesthetics, actually obscure what has really changed?

We might point to the following: rather than positing an ideal, perhaps utopian public sphere, instead we see experimental or tentative assemblies, laboratories for living and sharing, ways of hearing what others have to say. Whereas artists in the 60s could instinctively appeal to the street as a public space (often in opposition to the gallery), for artists now that public space is no longer a given. Instead, it is public space itself – and with it the social realm, what is held in common – that is contested.

So we might turn our attention to questions of the social, and then consider what role the gallery might play in the social sphere. We might start by examining our terms and then holding these questions open throughout the day:

is ‘society’ a foundational given?

Is it what really lies behind our political, economic, legal and religious structures?

For instance, is the law really an expression, a codification, of what we mean by a just society?

Is economics actually an expression of social exchange?

Is marriage a legal (or religious) validation of our relationships and of companionship, a regulatory structure for our sexual partnerships or our reproductive choices?

In which case, is art always already a social activity, an aesthetic of shared experience?

or rather, is society – the realm of the social – actively produced by a network of structures and their interactions with people?

Do economic, political, legal, or religious frameworks act on spaces and bodies to produce different kinds of society?

Do we see communities, perhaps the communities that surround the sites of the galleries whose curators are with us today, as shaped by the history of industrial and technological forces? Do we see these communities being marginalised, even ejected, by the political removal of social housing, the technological shifts in employment, or economic forces that are increasingly global but whose impact is local?

If we subscribe to the latter view (which we might see reflected in the work of theorists such as Latour and explored in Actor Network Theory) then does this suggest that that society or the social fabric might be a friable, fragile entity?  Is it something that needs to be rewoven, actively constructed, lest it become threadbare, insufficient? To look at this we might look at the terms that ‘social’ attaches to: the socio-economic, the socio-political. Big Society. In the last decade, what model of the social realm is reflected in social media? Or we might ask, what is the opposite of the social?

At the same time, whilst funding is withdrawn from such public and political structures, we see the rise in socially engaged art practices. To what extent has art been drawn into this vacuum? Are cultural projects a way of absorbing or accommodating this lack?  Or of creating resilience? Can the cultural ‘capital’ that art spaces generate create lasting benefits for their surrounding community, rather than hasten the very gentrification that threatens to extinguish them?

Or, is this exactly where social art should be active, in those spaces of greatest stress, where so many forces meet?

Whilst leaving these questions open – and what is art if not the asking of better questions, perhaps ones for which there is no answer, yet – let’s turn to the key theme of our symposium: the role of the gallery in social activism. When first discussing the symposium with Sarah, we felt that there were many debates around socially engaged art that had already undergone much critical scrutiny: the ethics (who benefits, the artist, the community, the regime of austerity?), the aesthetics (do they matter, how do we tell if it’s art or social work, how do we know it’s any good?) and the politics (does it really have efficacy, or is this just a performance of politics?)

Instead we might look at the new, expanding role of the curator: this was also worthy of consideration. Curators are mediating, collaborating, facilitating, activating – we will hear these roles and others being discussed by our speakers today. But we felt that the gallery itself might need to be re-examined in the light of socially activated art. What kind of space does the gallery hold open? Or open onto? Rather than an art-historically situated debate (inside or outside the gallery?) how about a spatially, socially situated debate?

Can the gallery be a porous space? Only loosely bounded? A generous space? One that opens a dialogue, amplifies conversations, allows opposing views, but does not seek a consensus. Is this actually the definition of a political space?

In urban spaces, where our speakers today are largely working, what does it mean to open a gallery space, amongst the shops and flats, the goods and services, the market stalls, the post office, the pubs and laundrettes? And what if, as Guy Debord suggested, we became participants rather than spectators? What if the gallery was a site of participation, moments of being-with, not just a place of spectatorship?

What kind of public or social space might the gallery become in that setting? What possibilities of public and social might be explored there?

Not forgetting that the gallery itself (rather than say a community hall) is a connecting thread that leads us back to the role of art, back to the debates around its purpose and its value, its duality. Is art a realm that is removed from everyday life, or is art a belief that we can imagine and then create a better world?

In our re-evaluation of the gallery and social activism, might we see the politics of aesthetics, in Jacques Ranciere’s terms: an ability to hold open, at one and the same time

the legibility of a political situation

a perceptual experience, but also

something more, something that resists signification

It is in exactly this space that the critical force of social art might be felt: a ‘cultural dreaming’ of what might be.